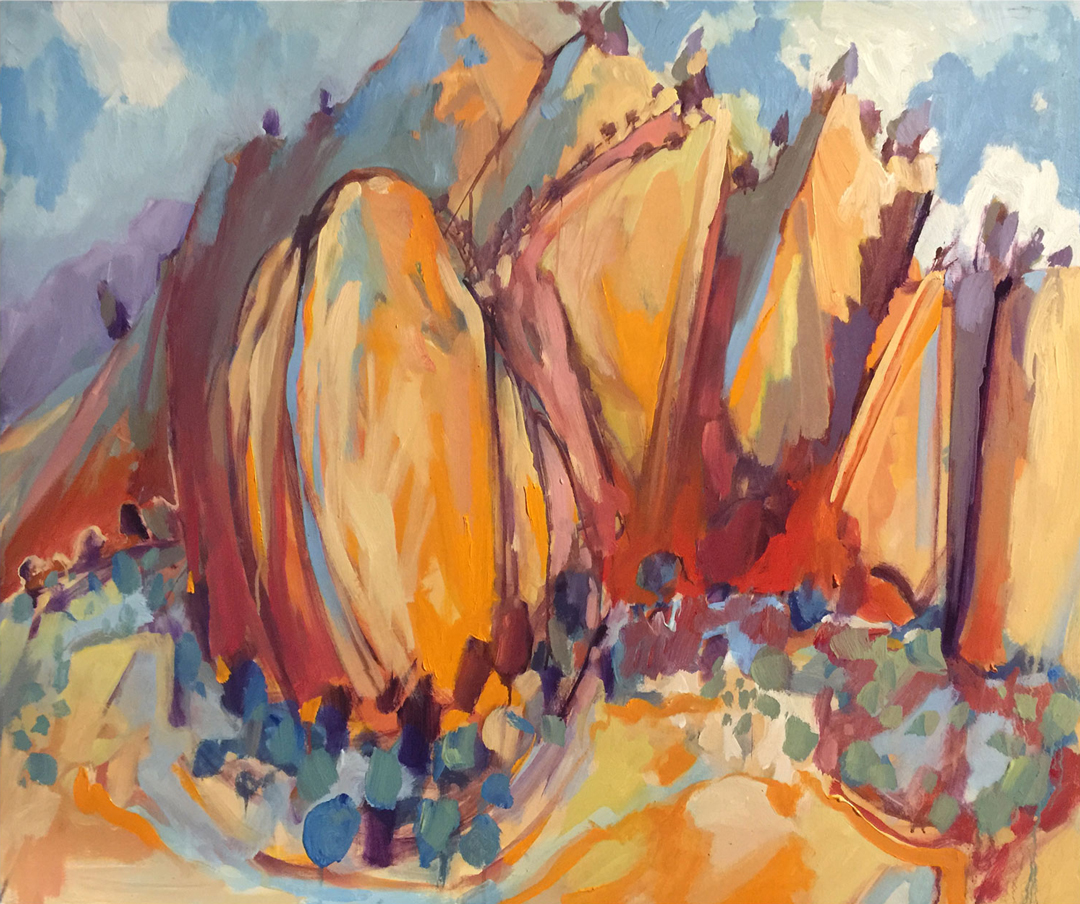 "With the work, I did something unusual, it was a wet, humid day so the acylic paint stayed workable far longer than usual allowing me to control and blend and colour in a way that's more akin to working with oils.  The resulting image has a mystery and magic that captures the essence of Arkaroola".

CONNECT TO YOUR CREATIVE JOURNEY HERE...